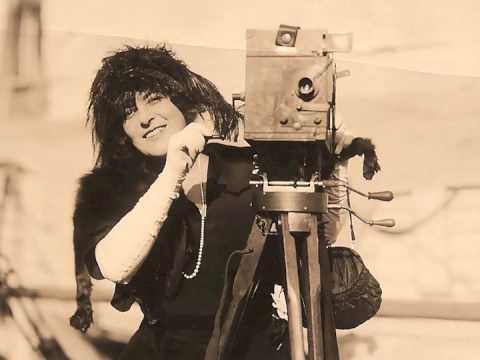 „Oh Alda… is good for the chorus…“ was the verdict of yesterday´s primadonna about today´s „modest voice“ Frances Alda (1879–1952).

Born in New Zealand, she  became a pupil of Mathilde Marchesi in Paris, who gave her the stage name ‘Alda’ and arranged her successful European début, at the Opéra-Comique on 15 April 1904, in the title role in Massenet’s Manon. For the next three seasons she gained experience as a leading soprano at the Théâtre royale de la Monnaie, Brussels. Operatic débuts at London’s Covent Garden (1906), Parma (1907), La Scala, Milan (1908), and Warsaw (1908), as well as numerous concert engagements. On 7 December 1908 Alda made her début at the Metropolitan Opera, New York, singing Gilda in Verdi’s Rigoletto. She spent 22 seasons there from 1908 until her retirement from the operatic stage on28 December 1929.

On and off stage Alda was bluntly outspoken with a sharp tongue, yet impulsively generous and with a robust sense of fun. She made enemies and friends in equal proportion as can be read in her delightful autobiography „Men, women and tenors“. Although she had married the Met’s general manager, Giulio Gatti-Casazza , in 1910, much of her career was to a certain extent actually „handicapped“ by Gatti´s need to strictly avoid any hint of favouritism. She and Gatti-Casazza divorced in 1928, they had been separated for some years by then. In 1929, she left the Met but continued to give concerts, make radio broadcasts and appear in vaudeville. She remarried in Americain 1941 and travelled extensively in later life. She died of a stroke in Venice, Italy, in 1952.

Between Farrar and Alda, Alda was perhaps the less gifted, but better trained singer. She was a full lyric soprano concentrating mainly on the verismo-repertoire, especially her Mimì was considered exemplary. Here we can hear a charming Nannetta, a voice fresh as dew used with skill and taste and without any sign of strain.