In this performance-run, Leo Nucci celebrated his 500th performance as Rigoletto. At 71 years of age

he is still pretty much in demand. A regular guest in Vienna, Nucci has never been a subtle and refined singer. He feeds the thirst of the Viennese for what they consider „italianità“: volume, high notes, expansive phrasing, little intellect, big sound. The voice and his singing show, of course, considerable signs of wear and tear. That „his voice at the age of over seventy is not exactly fresh as dew anymore“ as one critic wrote, is putting it VERY mildly. Yet, one wonders – considering how little he spared his voice by singing the way he did over decades – that it still there at all. He really must have chords made out of steel. And of course, Nucci has too much routine singing the jester as not to know where to spare himself and where to reach out for the trump card – the loudly belted out top notes. „è follIIIIa“ at the end of „Pari siamo“ or „se dei figli difendEEEE l´OOOnor“ at the end of „Cortigiani“. They are far from beautiful, but they are still there. What has become almost intollerable is his excessive scooping. At its worst for example in phrases like „AAAAAh, veglia, o donna“ or „AAAAAAAAAh, piangi, piangi fanciulla“. Whenever he can rest a little, he is almost „speaking“ or declaiming exaggeratedly. „Deh non parlare“ and „Miei signori“ are hurried excessively in order to save him the necessary breath. Crude and tasteless shouting – listen to De Luca at more or less the same age: less power, less breath – but he still SANG.

Piero Pretti has made is debut only six ears ago, although he is already 43 years old. He can still be considered a relative newcomer. You would not be able to tell by his voice. After „only“ six years of singing professionally it sounds neither fresh nor effortless or really steady. It doesn´t really have a clean sound. Always a little husky and „muscular“, it has a certain ring when needed, but in essence it is a „made“ voice whith no entirely free ring. After having needed a little time to get under way he was at his best in the duet with Gilda. „Parmi veder“ cost him considerable effort to get through the challenging tessitura, which he managed only with much effort and some notes on the verge of a stecca. „LOOOO chiede il pianto dEEEEEElla mia diletta“. Little elegance, no dreaminess, hardly any nuances – just stemming the full voice through the passaggio notes. This way of singing is tiring, of course, if you do not keep any reserves, and one could hear the results in „un dì se ben rammentomi“ and „bella figlia dell´amore“, which totally lacked any ease and allurement and were just bluntly sung out fully. Now, neither Charles Hackett nor Ferdinando Ciniselli were certainly considered superstars durig their prime, but in relation to today´s standards they were singing more or less in the same league as Pretti. So much for today´s vocal standards…..

Valentina Nafornità is hailed as the most promising soprano in the Viennese ensemble.The voice is a good-sized lirico-leggero with good agility. Here and there she tends to „blow-up“ the sound a little, but not overly so. The voice sounds fresh and well trained, but has a certain hardness to it when she has to force. What she lacks is „finish“, class and vocal personality. „Caro nome“ is audibly one size too big for her. It shows much unsteadiness and a muffed final cadenza. „Tutte le feste“ is better and she actually carries the ensemble in „Bella figlia“, where else you heard Pretti squeezing and Nucci groaning. „Lassù in cielo“ had some vocally touching moments and some finely spun mezze voci. A Gilda sounding like an unsettled schoolgirl with some unsteadiness, little personality and little urge in the delivery of the text. Too much too soon? She is scheduled to sing two premieres in the next season: Don Pasquale (with Florez) and – Rigoletto (with Keenlyside and Beczala). So why, somebody asked, „waste“ her as Gilda now already? And in the big house? Gilda sure is in another league as Musetta (or even Norina). Would it not be wiser to let young talents try out big and taxing roles elswhere in a smaller house and not put so much spotlight on them just because they are young and pretty? And just because the director needs to show just how much he is doing for his young talents (scarce as they are…) in the ensemble?

„Der Rest ist Schweigen“ – we say in German. A wildly exaggerating Dan Paul Dumitrescu as Sparafucile, Nadia Krasteva as Maddalena, whose voice has deteriated considerably – wide open, little vocal focus and just blunt and tasteless singing. The only one worth mentioning is Marullo sung by Manuel Walser. 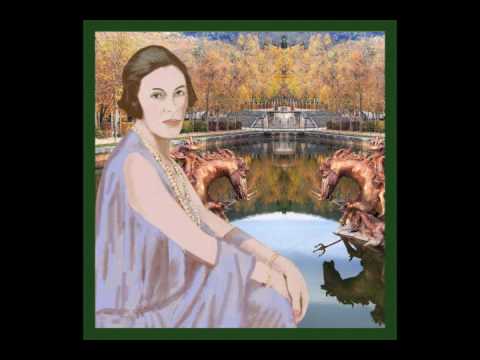