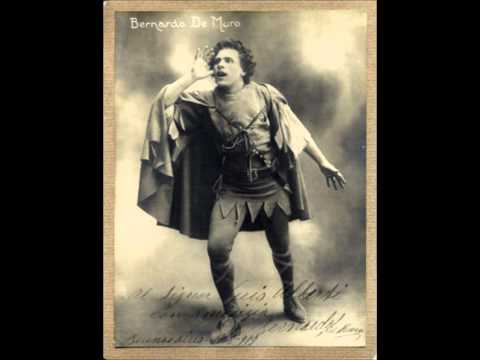 „Resonant“ and „robust“ are words which come to mind first when listening to the Sardinian tenor, Bernardo De Muro. Not a voice or a sound to bathe in, not an irresistable timbre, but one with incredible squillo and cutting power – ideal for the heavy Verdi roles – and though he was no shouter, he may have lacked a little refinement and smoothness. A real spinto voice which shames many a tenor who sings the same roles today. Don Carlo was not an opera which was a „regular“ in the repertoire of the big opera houses in the 1910s. When the Scala presented it in 1912, De Muro sang the title role with a cast which boasted Russ, Magliulo, Galeffi and De Angelis.