As we know, the lesser gifted singers often are the more interesting and rewarding ones. Matthew Polenzani has nothing of the gifts mother nature bestowed so abundantly upon Elina Garanca. Instead he has moderate vocal size, a grainy timbre, little cutting power and no thrilling high notes. Werthers have come and gone in this production since ist premiere in 2005: Alvarez and also later Vargas have mostly forced their way through the role, while Villazon (2008) played and sang him (in that order…) like a crazy and over-the-top maniac and Kaufmann´s rough edgy singing in this role (2011) had little to do with French-style singing. How comforting to finally have a Werther, who really creates a portrait of the role through the music and the singing. This Werther does not conquer, but he seduces. Polenzani sings with style, nuance and brains. Here is somebody who really tries to create a character through the music and through the text. Although „O nature“ has grace and charm and although his French and his diction is really very good, it does not have the almost three-dimensional and vivid immediacy of Schipa´s description. When the orchestra covers him he lets it do so. He remains very lyric throughout the opera, often lacking power and a cutting edge where needed, but he makes up for it by keeping the voice slender and focussed, also displaying a good voix miste. He shows some very good „accenti“ in „Un autre est son époux“, but lacks verve and drive in „j´aurais sur ma poitrine“. I wouldn´t say that „Pourqoui me réveiller“ was among his best moments on this evening. Although it was well shaped, he obviously did not feel to sing up against the orchestra. The death scene was very good – though VERY intimate, almost so much so that he was almost inaudible at times. 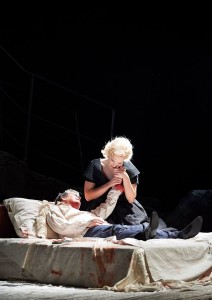 Though Polenzani was a Werther on the light side, he is far from beind a crooner. His singing has substance and his diction incisiveness, though on a rather smallish scale – which would have been ok even in a big house like this, had the conductor been a little more considerate. Polenzani neither has a full or pretty voice nor is his singing exceptionally exciting. His technique is solid and reliable, but he lacks a cutting edge and real verve. One hears, that he has worked hard on his singing and on the role. And his teacher, Margaret Harshaw seems to have taught him a good deal about intelligent phrasing. One wonders, how a beautiful woman and gifted singer with such stage presence like Elina Garanca, who really has it all, remains so dull and monotonous as a singer and interpreter. It is not Garanca´s beautiful sound which lingers in your head on your way home, but Polenzani´s shaping of the role, what he MAKES of it.

Charlotte is probably one of Garanca´s best and most suitable roles. At least as far as vocal suitability of the part is concerned. The voice has grown in depth and has become darker, but also a bit heavier. Compared to Netrebko her registers are better blended, she hast e same full and round high notes in the higher middle register, but her low register is not really well developed, sounding always somewhat hesitant, where and how to place the notes. Charlotte fits her voice and in many ways also her character. But although Charlotte is a very passive character in many ways, deep inside of her there´s a fire burning – which Garanca is not able to express. She just doesn´t get this other side in Charlotte across. Thus her Charlotte remains one dimensional, a self-pitying and rather lethargic girl.– How one would pray for a little bite, just a little edge, much more spice in her singing and interpretation of the role. The two most annoying thing about her singing are her imprecise vocal attacks, the hesitant attacking of the notes, and her mushy phrasing and her almost inexistant diction. – Hazy, vague and no incisiveness at all. Without much exaggeration one can say, that you hardly understand a single word she sings. Diction is ALL sacrificed for sound and legato. All very smooth, creamy, soignée, round, full – but essentially sophisticated boredom. She has just one single colour for everything, she sings everything with the same expression and colour. The Air de larmes was well sung, but conveyed so little felling, that one was neither touched nor moved. Just a beautiful, full sound without expressing any meaning. „L´arte del dire“, „eloquent singing“ – things totally unknown to her.
Markus Eiche as Albert is very anxious to add some profile and character to the role. The voice being firm and slender, he also tries with some success to understand and pursue the French singing style.
Hila Fahima is a fresh, girlish and charming Sophie. Very small voice, very light. She does sing very schoolgirlish and well-behaved, but for a role like Sophie this will do.
Frederic Chaslin´s conducting of the score is both anxious and intrusive. He frequently does too much and tends to cover the singers.
So, three cheers for Polenzani, who hopefully will return to Vienna for some more interesting vocal portraits. 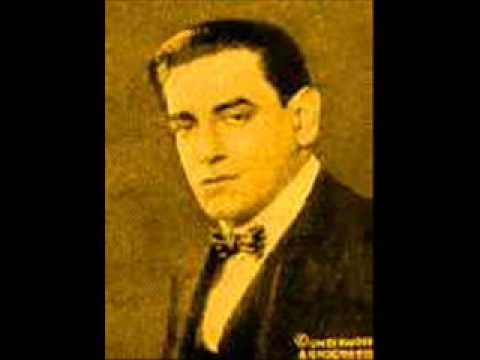 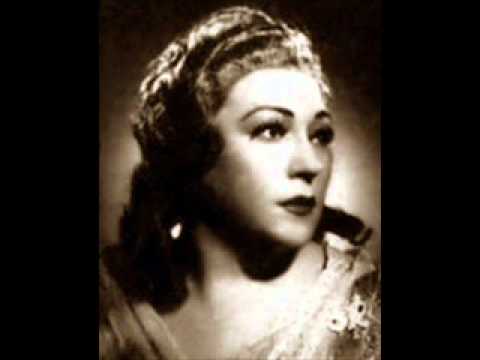 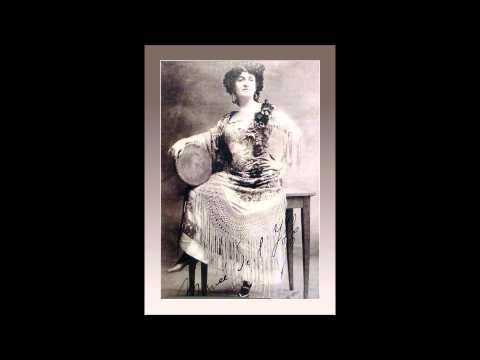 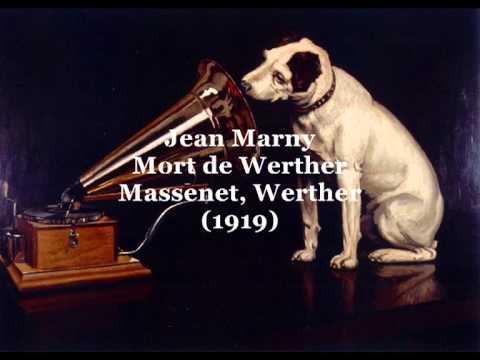