I have mixed feelings about Luciano Pavarotti. While Carreras had the greatest natural vocal gift among the „Three Tenors“ and Domingo was the „cleverest“ (not always in the best sense) and the most convincing performer on stager, Pavarotti was by far the most complete singer – no doubt about that, yet never the most imaginative interpreter.
Putting him in a historical context and not only judging him by let´s say the 1950s onward, I would rate the first half or the first third of Pavarotti´ s career as certainly a very important one. From a certain point on, when he became “Big P” and focussed more on easy success and monay rather than growing as a singer, I turned away. Never have I heard and read a more balanced and more insightful verdict about Pavarotti´s singing than that by Richard Bonynge, husband of soprano Joan Sutherland, who was one of his most frequent partners for some time. 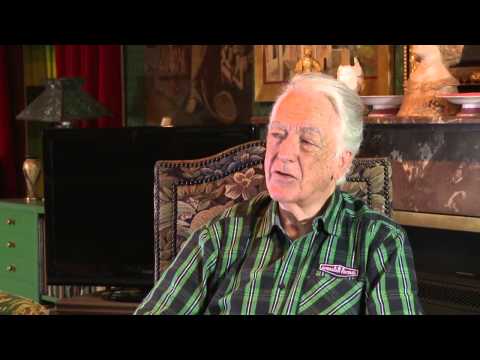 Pavarottis´s voice was and remained essentially a lyric one, which grew fuller to a certain extent. For many heavier roles which he added in the later phase of his career, he neither had the temperament as a singer or a real insight into the musical side of a character, nor was his natural vocal gift really fit to sing Don Carlo or Radames. But by then it was not about HOW he sang, but it was about „let´s go and hear Pavarotti“.

He definitely had a connection to the Italian singing school and tradition. He adored Di Stefano and spoke glowingly about Tito Schipa and Gigli. He KNEW. He knew about singing and technique. His vocal placement was a natural one, he had an easy vocal production and most of all an easy and effortless top – which the „other Two“ certainly did not have. As Bonynge says, his singing was authentic and natural and never manufactured. Yet, there was a certain point in his career, when he felt he had really „arrived“ and secured his place on the scene, that he stopped „learning“, growing and really putting a lot of effort in what he did. – Or putting new vocal aspects into roles he had sung for a long time. Maybe it was when he really got big in the United States, when he became “Big P” or when he started his monster concerts? Bonynge says, he never could read music – well neither could other big names of the past. Conductors and répétiteurs had to hammer new roles into his head and overcome his reluctance to study in general, learn roles in other than Italian and rehearse. His way of singing changed, too. It tended to be less „body-connected“, the sound less round and more „flattened“ and pushed. – Towards the end of his career he hardly cared for any nuances or dynamics at all – just plain., straightforward singing.
Riccardo was among his wiser role-choices. Ernani, Radames, Don Carlo, Chénier – neither fitting nor convincing. I think Pavarotti was an excellent Donizetti-tenor, maybe not a true belcanto-tenor (he would have needed more finesse and effort for that), but sufficiently equipped to sing this repertory. I will add Rodolfo, of course, Duca (Rigoletto) – this is where he really finds his place in vocal history.
He definitely was at his best when paired with excellent co-singers, he had to live up to, and with conductors, who really set him to work. Not for nothing he later shifted his activities to the concert stage, where he could more or less do what he wanted to. And I am not even starting to talk about financial aspects in the „business“, which obviously became more and more important. Less Art, less serving the music – more money, more serving his own „Pavarotti-the-living-legend“ status…