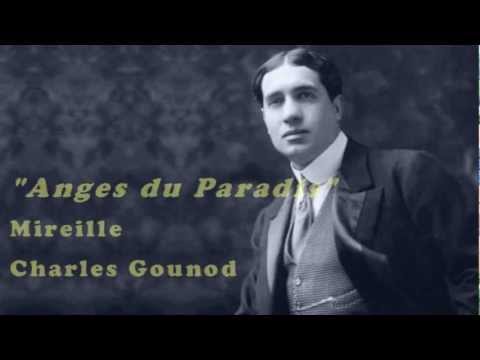 Lucien Muratore (1876 – 1954) started out as an actor. He made his debut at the Odéon theatre in Paris, where he played opposite such actresses as Sarah Bernhardt and Réjane. Later he studied at the Paris Music Conservatory, and made his operatic debut in 1902 at the Opéra-Comique, creating the King in Reynaldo Hahn’s La carmélite. He created several Massenet operas such as Ariane and Bacchus and also Monna Vanna by Henry Février, Déjanire by Camille Saint-Saëns, and Pénélope by Gabriel Fauré.

Principal French tenor with the Boston Opera Company, the Chicago Grand Opera Company (1913–1914), the Chicago Opera Association (1915–1921), and the Chicago Civic Opera (1922). He also appeared at the Teatro Colón in Buenos Aires. Muratore retired from the stage in 1931. He was married first to soprano Marguerite Bériza, and later to soprano Lina Cavalieri, with whom he appeared in a silent movie, Manon Lescaut, in 1914.

He was especially admired for his immense talent as an actor and elegant appearance. He might not be the most nuanced singer and his singing is quite „sturdy“ many times, but he COULD be when he wanted to as you can hear in the delightful Tosti song..