From a purely vocal point of view Elina Garanca´s Carmen could have easily been one of the most satisfying Carmens since many years. Everything was sung correctly and beautifully, not a false note,  but it was– if I may say so: monotonous…

The voice sounds more „settled“ than before her „maternity-leave“. It is mostly even throughout the registers with a beautiful and full middle register, in relation the low register (still) sounds a little pale, but the top has broadened a little. Yet, although the sound is full, round and mellow, the voice does not carry easily, it lacks a true ring and has little cutting edge. The tone needs time to evolve and expand fully and therefore is lacking spontaneity and drive. – Which you DO need for a part like this…

Garanca is doing her own Carmen: she knows what she can do vocally and what to stay away from. She is neither exactly a „country-club Carmen“ (Gladys Swarthout) nor the „kittenish gypsy girl“ (Supervia) neither really „sober French style“ (Vallin or los Angeles) nor a „raging verismo-vamp“ (Aurora Buades…).

So what actually IS her conception of Carmen? She is wearing a blond wig. Is that supposed to tell us something? She is serving all clichées a little, but not one in particular. A real line and concept is missing here. She is aloof, but not overly so. She has a certain sensuality, but no real charisma. She is trying very hard to make everybody see just how sexy she can be, hopping onto José in the Séguidille, but apparently uneasy in the tavern scene when she danced/stripped for him.

A Carmen „NEEDS a bit of dirt under her fingernails“, as a critic put it once.

Garanca always looks nice in her neat folk costume and, of course, as the grande dame in the last act. And actually, when she arranged Escamillo´s costume in the last act before he entered the arena, she seemed more a considerate housewife than a passionate lover. The Habanera lacks seductive drive, in the Séguidille, the exuberant lightheartedness and vocal flexibility is missing . She darkens the voice accordingly in the card aria, but does not convey the brooding fatality of this moment. She did try to put some accents here and there, one was that in the finale instead of hurling the ring at José she just dropped it in front of him with a dry and derisive: „Tiens!“ Even this sounded too calculated to be really effective. All in all this was a correctly sung Carmen but without a personal stamp on the role. Vocal nuances, colours and inflections, dynamic shading, real personal touches were more than rare. One can also see, why Garanca may have wished to have Alagna at her side, who had already been her José in London 2009 and both in Berlin and at the MET in 2010 (Kaufmann being the exception in Munich). Here she has someone to react and respond to, someone who has temperament and fire both as a singer and an actor .

Roberto Alagna is definitively one of the better Josés around at this time. As in Werther, his idiomatic diction and „feeling“ for the music helps a lot. And again: had he only stayed away from Don Carlo, Radames (and the – hopefully – experiments with Calaf and Chénier). He would have probably had a less spectacular and omnipresent career, but he might have become a more consistent and treasurable singer had he stayed more with the French repertoire, where I find him really good.

The voice sounds worn and rough in many moments – no doubt – so much so, that at times you wonder how just a few beats later he is able to emit a really impressive phrase or a well placed, forward and ringing top note. When he´s good he makes you sit up and is really convincing, but, alas, he never is so throughout an entire performance. His singing is inconsistent, but he conveys a character. He has something to SAY and definitively leaves a personal imprint on the role. Neither the duet with Micaela nor the flower song did leave a lasting impression vocally (although he tried hard and took the final note of the flower song “dolce”). Alagna was at his best – as could be predicted – in parts of the third act, but especially in act four, where he really carried the scene and had some very strong moments.

Anita Hartig as Micaela was a pleasant surprise. The Romanian soprano who had recently proceeded from Musetta to Mimì should rather stick to the French repertory which suits her, than to Puccini. A good and steady lirico-leggero soprano with a full and ringing top. Her aria was actually the only show stopper of the evening.

Massimo Cavalletti took over this performance run in the last moment from a sick Ludovic Tezier. He impressed with both a terrible French diction and an amateurish technique. The tricky role of Escamillo does not suit his vocal resources and even less so his abilities as a singer. This role mercilessly exposes his shortcomings: Cavalletti is neither comfortably in Escamillo´s low range, nor with the high notes in the Toréador song, which sound tight and squeezed („’interpellent a grand fracAAs”,  il vient et frappe encOOre“) or the low ones („le cirque est pleine de haute en bas“,  „un cheval roule entrainant un picador“). Nor does he have any idea how to handle the passaggio area. The duet with José in the third act is more shouted than sung. Cavalletti is still relatively young and obviously has some voice, but one would strongly advise him to (re-)study his techniqe.

The gypsy girls were well sung by Ileana Tonca and Juliette Mars. Both Zuniga (Janusz Monarcha) and Dancairo (Tae-Joong Yang) were inadequate. Better was Dimitrios Flemotomos as Remendado.

Bertrand De Billy obviously was in a hurry and started off with a more than speedy first prelude. The one to the fourth act was in fact so rushed that the chorus had to hurry in order to keep up with him at the entrance of the toréros. Yet, he took care of the singers and the performance seemed well studied with Zeffirelli´s staging still working beautifully. 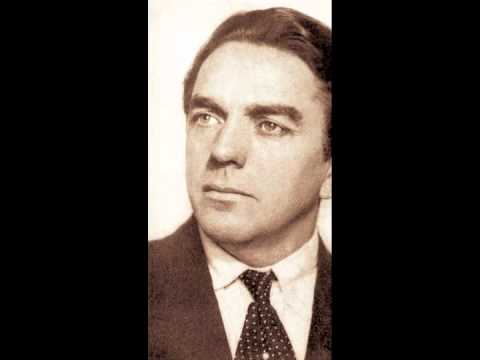 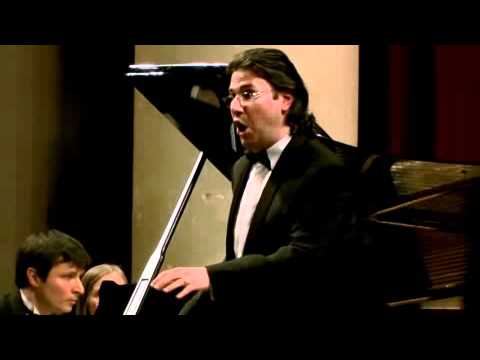