Barbara Haveman gave a decent performance. The voice basically fits the role. She has a large, but not oversized and blown up top and a nice middle register. The voice is a little uneven in sound, a little short at the top, but sufficient for Tosca. It has the right ampleness without sounding driven. I found her at her best in the first act. „Non la sospiri“ was quite good, although she failed to get the right drive and big breath for „Dio mi perdona. Egli vede ch´io piango“. The second act which has many vocal traps for the soprano if you don´t protect your voice was a little less convincing, but not badly sung. The repeated cries „ah, più non posso“ found her at her limit. In „Vissi d´arte“ she was was dragging behind the orchestra most of the time giving a correct, but little inspiring performance. „perche me ne rimuneri COSÌ“ was a little flat. In the final act one had the feeling that she had given a little too much before as she had to drive her voice for „il tuo sangue o il mio amore“ and lacked the required airyness for „Amor che seppe a te vita serbare“. All in all I have heard less satysfying Toscas.

Marcello Giordani´s Cavaradossi is conventional and offers the usual chlichées, but vocally there is much missing. The voice of Marcello Giordani audibly has seen better days. He is hoarse from the beginning to the end – with some better moments inbetween. In „Recondita armonia“ he is trying to maintain the vocal line, but is in great difficulty when he tries to sing mezza voce (“di bellezze diverse“). For „Qual occhio al mondo“ he lacks the generous and expansive phrasing, sounding squeezy and tight every time he gets near the passaggio area („mia vita, amante inquieta“). The high notes are there, but they are stiff and forced and sung with full force. – As was the „Vittoria“ which was sung with full pressure and might have well cracked, too. You could hear he was getting tired in act two. Before „E lucevan le stelle“ he was in great difficulty at „io lascio al mondo“, nearly cracking. The aria was sung as if he was walking on eggshells, nearly cracking again on „discioglea dai veli“, which sounded squeezed and scratchy. Once he reached „O dolci mani“ he was hoarse and finished the opera in considerable vocal distress.
It seems to have been Hampson´s Scarpia, though, who filled the house. Although Scarpia is among his newer roles, Hampson has sung it several times since his role-debut in Zürich 2009. This evening he introduced it to the Wiener Staatsoper. He sounded like he did not have much time to prepare it thoroughly – and probably did not have (if at all) many rehearsals, either. Of the many Scarpias I heard, there were good and bad ones, but all were more or less SUNG. There were some better sung ones and some very crude ones ones, but no one has ever shouted and barked his way through the role like Thomas Hampson did. One was actually wondering why he did take on the role of Scarpia at all, given the considerably low tessitura in many passages throughout the opera – but I guess the temptation was too strong. From his very entrance on he is overdoing it. – Trying to make everybody see just how evil he is and trying so very hard to sound „italian“. He is also overdoing the diction (which is supposed to be one of his strong points – I don´t agree. You don´t really understand him well, because he does not really sing on the breath and the voice is too throaty) – making sound all consonants as if they were doubled. Hard as he tries he is just not convincing when it comes to sound „Italian“ or having a intuitive feeling for the Italian singing style and legato singing. „Tre sbirri“ is heavily exxaggerated. Although there are no orchestra and chorus when he gives his orders to Spoletta, he is hardly heard. Once he reaches the „Te Deum“ he is vociferating, resorting to an old Scarpia-trick of coming in just a tick early each time throughout the Te Deum in order to make himself heard over the chorus and the orchestra.

He started the second act with „Tosca è a palazzo?“ instead of „Tosca è un buon falco“ – which caused him a little moment of shock. His whole performance actually was FAR from word-perfect – especially in the second act, but also with some uncertainties in the first one. Hampson also messed up „ne siete ben sicura“ in the dialogue with Tosca and told Sciarrone to take Cavaraddossi away „portatelo via“ instead of bringing him in „qui“. The little dialogue with Tosca later: „Salvatelo! Io?-Voi!“ was left out completely. Giordani came in early on „Floria?“ – „Amore!“ – The whole second act actually sounded rather improvised. Neither critics nor public seem to have noticed…… One Viennese critic even went so far to call Hampson´s Scarpia „kultiviert, wortdeutlich und nobel“ (SIC!) Compensating lacking vocal authority and in order to make himself heard he had to force and shout. Having started in full volume from the very beginning there was little room for increase and climax. From „Ha più forte sapore“ on it was all bawling and one wondered how his voice could endure so much forcing – he really must have chords made of steel. Of course the sound is hard and „wooden“ and far from pleasant. The voice sounds stiff, edgy, throaty and hoarse. – And once he had reached „se la giurata fede debbo tradir“ he actually was almost – hoarse and was in real difficulty from „già mi struggeva l´amor della diva…“ on and at „la Regina farebbe grazia ad un cadAAvere“ it hardly responded at all. Large parts of the role lie considerably low, and the low register never has been Hampson´s drawing card. The whole questioning scene with Cavaradossi was rather a monologue of the latter. Scarpia´s lines starting off with „Cavalier, vi piaccia accomodarvi“, „ad un vostro podere suburbano“, „segno che è ben celato“, „negate di avergli dato cibo…“ – all this was almost inaudible. On the whole he was compensating missing low notes, dark vocal colour, vocal authority and polished phrasing with volume and loudness. Usually Scarpia takes his bow after act 2 and goes home. The applause after the end of the act was lame to such an extent that he did not even get his chance for a solo curtain and had to wait to the end of the performance….

The orchestra under the direction of Philippe Auguin played well – especially the prelude to act 3, where the strings really sounded bewitching. Auguin carved out some nuances and colours, although he finished the Te Deum in act 1 at such a volume that you had to fear the roof would come dorn.

Angelotti by Marcus Pelz was absolutely inadequate, James Kryshak as Spoletta was ok – but it was the veteran, Walter Fink, as the jailer who made you sit up and listen with the few lines he has to sing. The voice is not fresh anymore, of course, but it commands attention and fills the house and he showed everybody on stage what a difference good diction and incisive phrasing can make…! 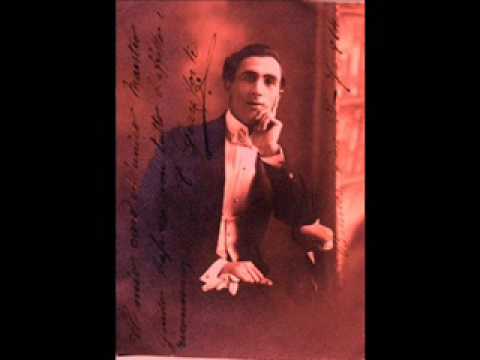