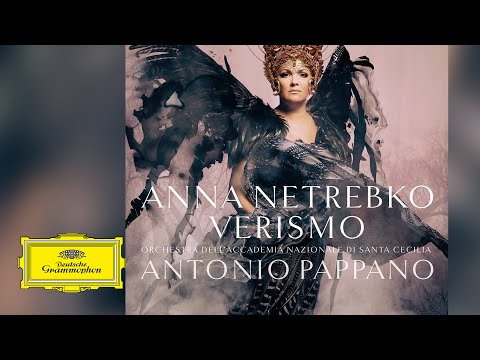 The fact, that little of the music which Netrebko recorded under the title „verismo“, where this recording is taken from, is actually verismo music has already been discussed elsewhere. But then: the term verismo has been almost as misinterpreted and worn out as the term „belcanto“…
I remember thinking when I heard Netrebko as Lucia in her comeback after the birth of her child: where will she go repertoire-wise now? It was evident that the coloratura roles as well as the „-inas and –onas“ as Bidù Sayao called them would hold no future for her, although she did continue to sing them for some time. The voice had settled downwards, it was fuller and rather heavy-handed – although that was nothing compared to now obviously. So I was thinking: where will she go? Early Verdi? Leonora (Trovatore)? – Not enough musical discipline and vocal stamina. Puccini? – Lower middle range not solid enough and not enough eloquency as a singer. She has ended up singing just this and yet: the restrictions are all there. The CD features her in Turandot (both Turandot and Liù), Tosca, Gioconda, Mefistofele, La Wally, Pagliacci, Chénier, Butterfly, Adriana Lecouvreur and an in an ample selection of Manon Lescaut (sharing the spotlight with her tenor husband). Her usual side noises are all there: the guttural sound, the hooty low range, the imprecise attacks and the hazy diction. What is new is a distinctive beat which has intruded her vocal line. A result from pushing so much on the voice in roles like Lady Macbeth or Manon Lescaut. Her range of expressiveness is very limited. In this music, the orchestra leads you all the way („In verismo the orchestra takes over the leading role, which in belcanto is taken by the singing voice“ Alfredo Kraus used to say) It´s far from enough to just go with the flow oft he music and let it carry you along. You have to be on top of it as an interpreter – working the words and giving them a meaning, A C T with the voice. This is exactly what Netrebko does not or rather is not able to because she is sacrificing clean diction for a broad sound. Her expressiveness is limited to singing softly or full volume. In the last third of „La mamma morta“ from „tutto intorno è sangue e fango“ she just gets loud and louder. She is not able to INTENSIFY the tone, she just gets loud. Immaginative phrasing was never her strength. She just follows the urge of the music and tries to make a good and full sound. – Tiring and tiresome. 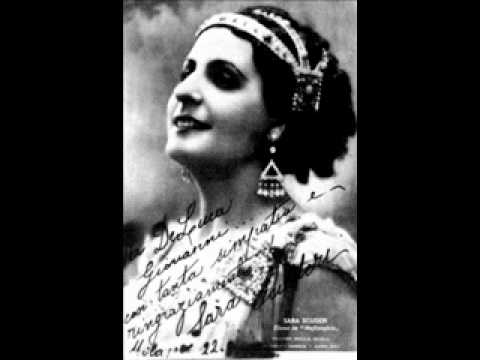 Then turn to Sara Scuderi who has half the voice and listen how she sculptures this aria. How she TELLS her story. The infinite sadness oft he opening line. How she carefully shades the notes, never staying behind the music, but on top of it without sounding loud or heavy. The last part where Maddalena works herself up to „io son l´amore“ (despite the … far della terra un ciel„AAAH“ being flat) she opts for accento, for the incisiveness of the words rather than for volume as Netrebko does. Albanese is interesting to listen, too. I don´t think she ever sang the role on stage, but I find it so interesting how these singers filled the words with meaning, make them come alive – even the little rests inbetween. Albanese takes a broader tempo, but she never loses the focus, the tone never spreads and the tension is always kept up. What a difference to the infinitely more gifted, but just bland-sounding Netrebko. Do people not hear this? Don´t they care?

There has always been that part of the public which just repeated what public relation people and the press „told them“ to believe and there always have been those who cannot tell a good voice from a good singer. „Ecco la plebe“… But what about the singers themselves? Deep down in their hearts – do they know? Would they admit to themselves that they are no more than merely average while they´re being hailed as megasuperstars? What does it feel like to get standing ovations after a performance that was not more than adequate? What does it feel like to sing to an audience who is not even ABLE to tell whether you are really good or not? What I find asking myself more and more: among today´s singers (and conductors) there are some – though few enough – people who still have some idea about good and „right“ singing, singing tradition, about operatic tradition in general – although they may rarely have the occasion to really prove it. Fleming, Radvanovsky, Calleja, Florez, Garanca, Pappano, Chailly come to mind. I have had this thought again just recently on the occasion of Jonas Kaufmann´s strange „gala“ event at the San Carlo in Naples. He´s a smart guy. He truly loves his profession and he knows about singing (judging from the recordings he obviously is listening to as he has stated in several interviews) . That he is not really able to translate this knowledge into action himself is another thing. But I mean, he seems to KNOW how all this SHOULD sound, doesn´t he…?. Now, I wonder, what does he think, how does he feel during an event like the one at the San Carlo when he is singing Neapoletan songs (badly) in Naples. I was virtually cringing while reading about it and feeling embaressed for him. What makes him do it? Do you just go with the flow? How can one treasure Muzio´s recording of „Ombra di nube“ as I once heard him state on an English radio programme and then sing it himself in concert in such a badly crooned way? What is he trying to prove?
When Netrebko was asked whether she minded the harsh critics and people who obviously do not like her or have something against her, she shrugged it off and said that that was part of being famous. But this is really nothing personal – this is not at all about not liking her as a person or even the way she handles her career – or has it handled. It´s about the fact that what she delivers on stage, the vocal bottom line of her performances and her ability as a singer do not even remotely match the superlative praise she is constantly being showered with. It´s about the fact that she gets so much output from so little artistic effort and that she is able to obtain that so easily, because people do not care to listen closely. „Today´s audience audience goes to the opera to look and not to listen“, Christa Ludwig once said. And never has Karl Kraus´ saying been more adequate in the world of singing: „When the sun of culture is very low, even dwarfs cast a long shadow.“