Three debuts this evening. Simon Keenlyside was bringing his Rigoletto (made his role debut in 2010) for the first time to Vienna´s State Opera, Polenzani was singing his first Duke here and Olga Peretyatko was making her house-debut.

Although Keenlyside´s Macbeth some years ago was not exactly an exccellent reference for Verdi I still was curious to see how he would handle Rigoletto and the role´s various challenges, being an intelligent singer. He had made his debut as the jester in at the Welsh Opera in 2010, but had hardly been singing him from what I could find.

As an interpreter he has a concept – which is a lot considering that most singers are so busy meeting the vocal challenges that there is little room for character study. He moves around the stage a lot and had the nervous and neurotic energy, he conveyed bitterness and sarcasm, but no heartbreak and tenderness.

You can hear, it is not his „natural“ voice he´s singing Rigoletto. What his voice is lacking in opulence and authority he is trying to compensate with a calculated character study. This works in certain parts of the role, but where a Rigoletto has to show his true colours Keenlyside remains just too lightweight. Yet, this is not an intellectual or „heady“ Rigoletto, he does not spare himself vocally… as he should….. Actually from „solo per me l´infamia“ to to the end he started to sound a little like Zancanaro later in his career (as if he was gargling with pins – „gurgeln mit Reißnägeln“ as we say here). In „Bella figlia“ he was hardly heard.

There´s a lot missing in this Rigoletto. In the dramatic passages he lacks the vocal weight, the incisiveness and and the required vocal authority for “Cortigiani, vil razza dannata” and „si, vendetta“. At the same time he is having a hard time in keeping up the vocal tension especially in the lyric moments, where he lacks the broad breath span and the steady and even vocal line for phrases like „deh non parlare al misero“. “ah veglia, o donna”, “Piangi, piangi, fanciulla” or „miei signori, perdono“. The „Pari Siamo“ was well structured and you could see he was seeking to build up the drama. When he reached „o dannazione, odio a voi, cortigiani” you felt the climax was more or less already reached. The difficult „ma in altr´uomo qui mi cangio“ he managed well but a little hurried without taking any unnecessary risk. „È follia!“ like all the top notes were there, although forced and not well focussed. Last not least he lacks the grandezza for „Ite di qua voi tutti“ oder “ora mi guarda, o mondo” und „della vendetta alfin“. He sings the final „maledizioo-oooo-oo-ne“ up, but has to take a breath in-between – then WHY do it at all…?

Polenzani was a little better than expected since I last heard him in the Traviata broadcast last year. Neither an exceptional voice nor a fine singer, but secure, solid and sturdy – even in the notably difficult passages throughout „È il sol dell´anima“. He started a little squeezed and “.„Questa o quella“ is solid but lacks he light-footedness and elasticity you NEED for a Duke. „Ah sempre tu spingi“ calls for more rythmic exactness, the love-duet had a certain charm which „La donna è mobile“ and „un dì, se ben rammentomi“ had not. The aria was ok, the uncomfortable first note of „PAAAA-rmi veder“, which when taken softly can make all the difference, was taken at full voice – no risk here as throughout the aria. The cabaletta without top note at the end was well mastered but a little rugged.

Peretyatko has all the virtues of youth. A solid and vocally fresh Gilda, yet no revelation. A well trained voice, pretty even in scale, a little soubrettish and monotonous with a tendency to sound a little tight and squeezed in the top. Her singing has something meccanical like a Barbie/Olimpia. „Caro nome“ sung correctly with a certain charm and better than „Tutte le feste“, but no personal imprint on the role. Correctly sung with nuance and beautiful piani, especially “lassù in ciel”. Well cast as Gilda, but looking up her other roles I wouldn´t be so sure about Puritani and definitely not about Lucia.

Sparafucile is the veteran Kurt Rydl. His intonation is more uncertain than ever, getting one note right out of five. His wobble has grown considerably and he has a tedious tendency to drag the tempi. Elena Maximova´s Maddalena is a rather rough one with considerable register breaks. And it is a real shame if we cannot find a decent Monterone in Vienna.

This the something close to the 100th performance of the 30 year-old production by Sandro Sequi and Pantelis Dessyllas. It is starting to show a little wear and tear, but it still works very efficiently – especially the last act has great atmosphere.

The orchestra under the direction of Jesus Lopez-Cobos was loud and rude for most of the time. The choir was a little hesitant with his entries in the first act but eventually sang a spirited „Zitti, zitti“.

And was there anything new to discover under the mask of the jester? No more than routine. 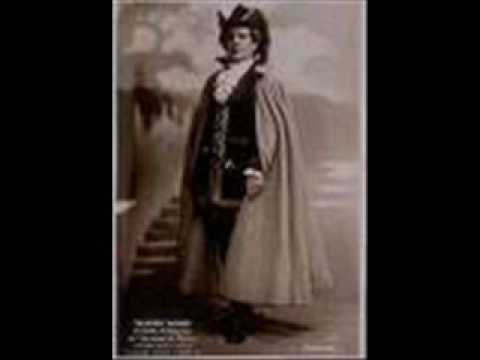