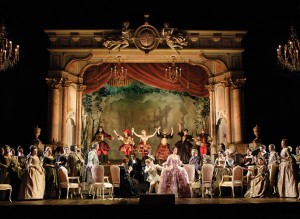 Adriana Lecouvreur has made it to the Vienna State Opera. Although it was staged at the Wiener Volksoper in the 1960s, it had never before been given at the Staatsoper.

David McVicar´s production, tailor-made for Gheorghiu in 2009 at Covent Garden has been brought to Vienna. Beautiful setting, beautiful costumes one must say, maybe a little all too conventional, but we have certainly seen worse. After the premiere on February 16th this was the second performance. Gheorghiu is a singer who is polarizing opera lovers and she likes to do so deliberately. Never mind what she does off stage, „a singer needs to be jugded by what she/he does ON stage.“ as Ebe Stignani said once.

More than ever Gheorghiu shows what „economic singing“ is about. She knows exactly where she can spare a little and where she has to show her colours. And then she´s there spot on. Yet, the heroic facette of the part has remained rather in the dark. This Diva is more a Mimì or a coquettish Adina than a tragic „Racine-heroine“ making it a bit hard to believe that when she recites „Fedra“ she is really able to shame a Principessa di Bouillon. This is a miniature Adriana. What she lacks vocally she tries to make up for with gestures and scenic movement. In the beginning she is hyped up like a teenager, but she is at her predictable best in the last scene. Not only as an actress, also as a singer she is the ONLY one who knows what to make of her role. Like her or not, she knows how to shape a frase and build up a character – even if it´s just a downsized version of what you can get out of a role like Adriana. Because of course, inspite of all the well thought out scenic movements there are the vocal limitations.

There always have been and still are – although one must say that the voice has largely resisted the usual wear and tear you hear with singers in this phase of a career. She has always been someone who never just lets a phrase or a note „happen“, but – again, like the outcome or not – who forms and moulds it deliberately. – Contrary to her tenor partner who I felt did not know what he actually did throughout the whole evening – but more of that later…

Of course, she is a very clever singer and knows exactly where her limitations are. The low register sounds largely hollow and has little natural body. The middle range and higher middle range are still beautiful and in good shape when she just lets it flow. Where she has to add weight to it and soar over the orchestra it immediately gets an edgy and slightly out of focus. Her cries at the end of the duet with the Principessa „Fuggita! Vile!“ are clearly beyond her capacities. Also the „Fedra“-monologue did not come out well: too low, too throaty and hollow, too much intention, too little impact. She clearly lacked authority and real drama. Gheorghiu has adapted Adriana to her own vocal potential (limitations) not vice versa. She is at her best in the last scene. Those finely spun piani are still her most effective weapon. (Here and there she tends to overdo the spinning and whispering.) Even though you don´t really feel that she is cheating her way all through the role, one does feel that there´s a lot missing since the voice essentially is a very lyric one and very sensitive when vocal weight is added . Yet I must say, that personally I largely prefer a singer like her, who at least KNOWS what she is doing, even though the outcome might be wanting all in all,  to someone like Marcello Giordano.

Somewhere down there he does hide some vocal potential. There is a nice timbre, some voice, there is talent, but someone should teach him how to sing. According to an interview he gave on the occasion of the Adriana-premiere he said to have worked one and a half year on the role of Maurizio. Just WHAT exactly did he work on?, one is bound to ask. Not only is his real voice too lyric for Maurizio (you can sing it nevertheless if you were a clever and expert singer like Giacinto Prandelli), but the tessitura of this role is fiendish, even more so if you don´t have a technique which is at least „solid“. Whenever the orchestra comes in heavily and he has to sing in the passaggio area (which often is the case) he is a total mess. Already the first note of „La dolcissima effigie“ (lying uncomfortably as it does) is scooped badly from below. At the age of 43, his voice sounds worn and bruised. The sound is not pure and round, it´s swollen and thick and carries badly. His technique is really amateurish. His passaggio is a mess and the high notes are always sung out at full volume – sometimes it works, sometimes not. No concept there– just pure coincidence. When a high note comes well he hangs on to it – seeming surprised himself that it worked this time. This way of singing, driving up the broad sound full force to the top, is tiring, of course, and when it shows his intonation becomes shaky. „L´anima ho stanca“ is pure scooping. „Il russo Mèncikoff“ was beyond his possibilities and shouted. There were some singular boos in the premiere and here in the second performance, but on the whole, the public seemed impressed by the way Giordano desperately threw in all his energy and willpower – yet he made a virtue out of necessity: he had to in order to survive.

Elena Zhidkova created quite a stir in the reviews after the premiere. She sings with all the vigour and freshness of youth. The voice is of considerable size and range, but its production is not effortless. She keeps the sound broad (too broad) in the middle range, thus not managing perfectly the transition to the top, which has some impressive notes, but can sound tight and squeezed. After the first half she sounded a little tired, occasional tremolo made itself heard and there are several of those notes which sound as if they were sung „into a bottle“ – not a very promising sign for the future.

Roberto Frontali was ok. Rather heavy-handed singing and not exactly a master of nuance. Among the comprimarii, the 64 years old Raul Gimenez as Abate stands head and shoulders above the rest of the cast. Excellently cast here as a first class character tenor. A small voice, not exceptionally beautiful, but well prepared, he is singing well with taste and finesse. (His voice actually carries much better than Giordano´s for the matter…) I had not realised his name in the cast and only noticed when I was looking up who was singing this quite good Abate. A good character study and a pleasant surprise.

As the Vienna State Opera tells us in the programme, Evelino Pidò has most of the Italian standard operas at his fingertips. We were also told that Pidò thinks, the verismo repertoire should be played LESS „bombastic“… On several occasions you feared the opera houses´ roof would be coming down. Too loud, too exaggerated, too heavy – too… bombastic. Played like that you don´t feel many regrets about „Adriana“´s  rare appearances on stage. It´s when you go back in time and listen to older recordings that you get the reassuring feeling of how it needs to be done. 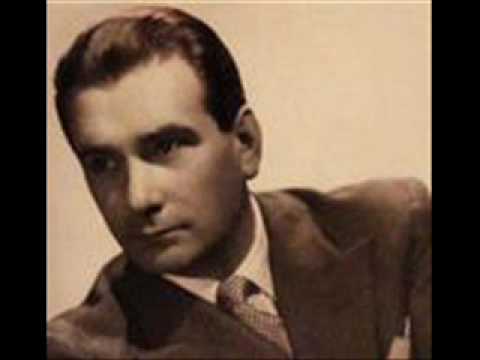 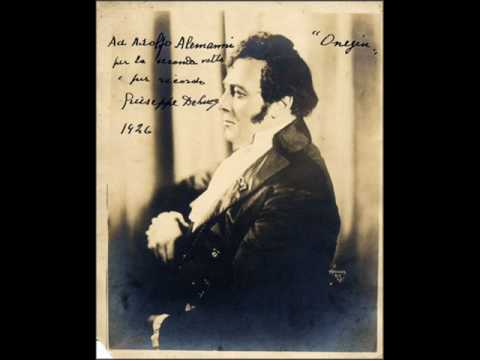 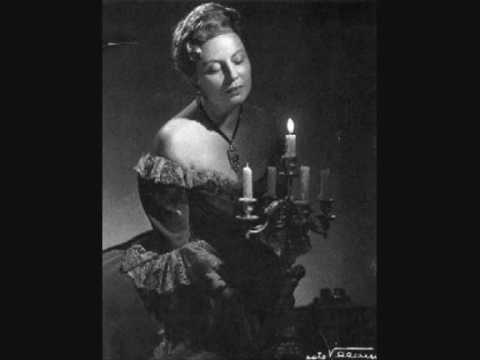 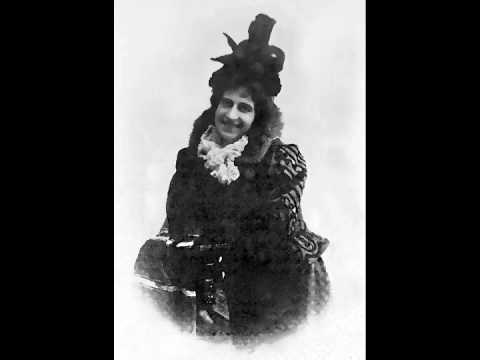 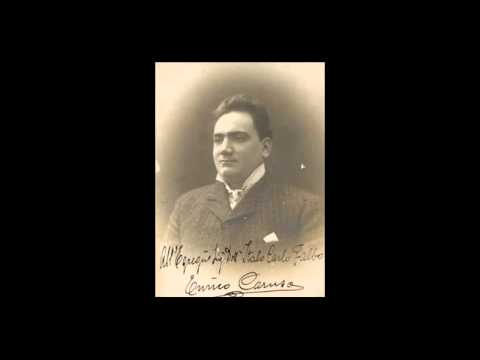