As with De Lucia his most worthy successor deserves a „puntata“ by himself. Tito Schipa and Fernando De Lucia had a lot in common: both did not have voices that were exactly blessed by mother nature, but both were superb singers, who MADE their mediocre instruments SOUND beautiful. Both singers had a limited top, both transposed frequently. Schipa´s voice was small in size, restricted in range and slightly husky in timbre. His low notes were considerably pale. But what he made of what was in the middle was a sheer wonder. He really was a master in that.

“Although many outstanding tenors possessed a greater vocal potential than Tito Schipa, we have all had to bend our knees before his greatness.”Beniamino Gigli

His musicality was so great that it enabled him to override every handicap. Listening to his records, you can hear him guiding his voice along, like a skipper steering his ship through all kinds of treacherous waters in an exemplary way that should be a lesson to us all. He had something far more important, twenty times more important, than high notes: a great line.” Luciano Pavarotti

The two tenors have another thing in common: a large part of both their recorded legacies is dedicated to Neapolitan songs – they even recorded many same songs. Born in Lecce, he too, was a man of the South and had the right sentiment. And as a singer he had all it takes to put these songs in the best possible light: the purity of sound, musicality and clear diction, naturalness and ease of singing, and as interpreter charm and taste and a bewitching lightness and delicacy.

Years ago I have fallen in love with Schipa´s recording of Richard Barthélemy´s song „Pesca d´ammore“. He recorded it twice, the first time in 1919 (for Pathé with piano and only the first verse) and again in 1926 for Victor with orchestra. I consider this later recording to be among his very finest. How he caresses the words and teases the rhytm and how he is swaying with the refrain and his seemingly endless breath, yet NEVER sounding strained. Really, there´s no need for many words. Just listen and enjoy!

Unfortunately I haven´t been able to trace the lyrics. The song is about a fisherman fishing for love. „To a fisherman like me your eyes are like the sea. I will cast out nets of silk; I know how to fish for love: the best bait is love itself.“ 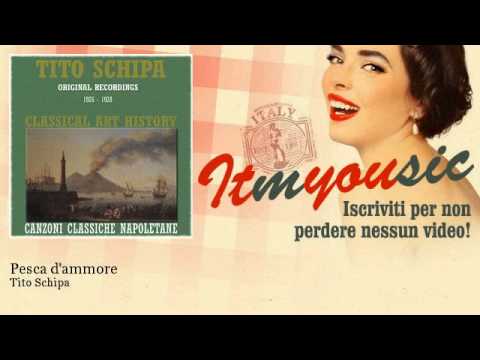 This charming tarantella shows Schipa in a more lively and more rhythmic song. His singing is both exact and lightfooted. Never in a hurry, never stumbling – always perfectly in the rhythm and well controlled, but with such a grace and naturalness and so utterly charming and seductive that you just cannot help but smile while listening to him. 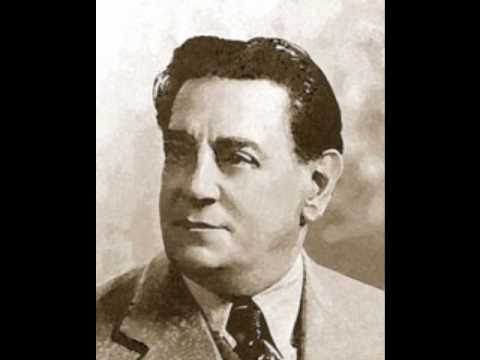 When your mother made you,
would you like to know know how she did ot?
To knead this nice flesh,
What did she put in it?
A hundred rosebuds
She mixed with milk and roses, roses and milk

She whisked you up in the blink of an eye!

It doesn’t need a gypsy
To figure it out, Cunce’ (Concetta)
Just how mother made you
I know better than you!

And to make that lovely mouth,

Do you want to know what she added?
Now I’ll tell you all,
A basket filled with strawberries from the garden
Apples, sugar and cinnamon
To make that lovely mouth

It doesn’t take a gypsy
To figure it out, Cunce’
Just how mother made you
I know better than you!

And to make that gold braids,
Your mother spent a lot
Bella mia,you want to know how much she spent?

A whole gold mine
of the finest gold
it took for these braids
for which to kiss them there is no price.