The first Don Pasquale at the Staatsoper in 30 years, premiere was on April 25th. The stage setting suggests a rather run-down nightclub with Pasquale apparently its owner and Norina as a nightclub singer – strange, since the two are supposed to have never met before? Well this production is not for small minded opera lovers, who like to see on stage what is written in the libretto.

One has the impression, that there is all too little faith in the power of the music and the libretto. The ouverture already is „illustrated“ or „supported“ by busy stage action. And so it continues. Lots of running, action, moving – as if all this wasn´t already in the music. It´s all there in the music and the libretto. One only has to rely on its strenght. And one needs singers, who really fill out their roles. 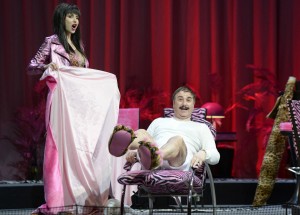 Michele Pertusi as Don Pasquale was no more than ok. Being one of two Italians (the other one being Arduini as Malatesta) one would have expected less overdoing and more real wordplay and finish. – One nice ex tempore was the mentioning of „il barone fù ferito“ when he was reading the biglietto, which Norina had dropped before. Most of the humour in this production was either reduced to cheap, visual stage effects or was drowned in the orchestra. In many occasions one almost only heard the orchestra with the singers just vaguely suggesting their vocal parts. Not because the orchestra was too loud, but because the voices carried badly. Pertusi´s, too. The voice is tight and guttural and has little focus and compactness. He often resorts to bawling and forcing in order to make himself better heard, when he is covered by the orchestra. If it really has to be a nightclub setting for „Don Pasquale“, then how one would have longed for something in the class of Tognazzi/Serrault in „La Cage aux Folles“. Instead one got no more than a cheap imitation, such as Pasquale´s toupee which kept falling off his head. This is nothing new, of course, and has been used in other Don Pasquales, before. But then at least just do it once or twice. After the fourth and fifth time it just becomes annoying…

I agree that the role of Malatesta tends to be overlooked as requiring a real star baritone with lots of experience, charisma and vocal knowledge. Basically, I find Alessio Arduini the right voice type, but he has shortcomings in all three required categories. I heard him before in small roles and found him quite promising. Belcore, already, seemed a bit large for him and his Malatesta may have had a better impact in a smaller house. He has comic talent and a good sense of humour, but the voice is very small and he lacks real authority. After all Malatesta (a bit like Alfonso in „Così“) is the one who has all the puppets on the strings and drives the story along. The lower half of the voice is in bad shape sounding swollen and without focus and bad intonation. The upper half is better, but as soon as the orchestra sets in he is covered mercilessly. The part is a size too large  for him. He is better in the scene, where he teaches Norina her part. Yet, most of the ensemble scenes like „È rimasto là impietrato“ have no drive and sound terribly boring. 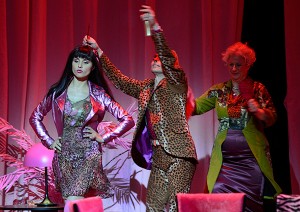 Norina is the Vienna´s State Opera Ensemble most promoted young soprano, Valentina Nafornita. At 27 years of age, she has all the freshness of youth, a pretty face, slender figure, long legs – all of which she likes very much to show off striving mostly for visual effects. One wishes she would put equal  effort into her singing. The voice itself is not of particular beauty or fullness. More a lyric than a leggero, with a darker colour, which yet does not seem to be a natural thing, but rather the result of a low and backward placement. Very simular to the „potato in the mouth“-sound of Anna Netrebko. – Yet all on a smaller scale. Especially in the beginning the voice showed a considerable „beat“ and tremolo. In fact, she pretty much sounds like an imitation of Anna Netrebko with the looks of some years ago, but the vocal condition of more recently. As an actress on stage, there´s a lot of jumping, running, taking clothes off and changing them going on, yet she does not catch the essence of Norina: too much fuss, too much exaggerating, too busy DOING things.  From a musical point of view she remains a very insignificant interpreter. Her singing and phrasing has little skill. She gives away many an important key phrase. Her „pronta io son“ is all fussy and busyness, vocally it is just blunt and badly phrased. Simularly so the scene after the „wedding“ and when she gives orderst o the servants and also the finale „la moral di tutto questo“. Vocally, mostly either all too „casual“ or exaggerated on the other side, no real vocal authority, no real command of the scene. „L´Arte del Dire“ is totally unknown to her. Also I do not find her charm really convincing, but mostly artificial and „cheap“. A pretty poser, not more. She also seems to have eliminated most embellishments, coloratura and top notes, leaving the musical character of the role strangely „trimmed“ and incomplete. Let´s hear what she had to say about Norina in an interview before the premiere:

„I really like this role and it feels good for me to sing her. Donizetti seems really to have written for my voice, so from a technical point of view, the role is no great challenge for me. Yet, Norina has already so much coloratura and embellishments, that it can easily become too much if you still add some more and just sing fioriture, fioriture, fioriture.“  ……. 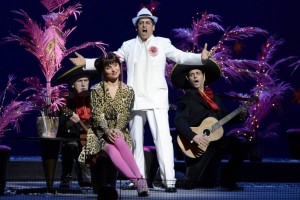 Juan Diego Florez was not in the best of shape in the performance on May 8th, which also was live streamed. He may still have not been completely fine, but did not sound really indisposed either. Even years ago his sound kept reminding me of what they used to say about Pavarotti (especially in later years): that he sounded like a little children´s trumpet or rather like „toothpaste squeezed through a clogged tube“. While his „prender moglie“ has a certain charme, „sogno soave e casto“ is almost completely covered by the orchestra. The voice sounds dry and throaty, the top very short in the beginning. It gets a little better, but throughout the opera he has a tendency to sound strained and effortful from the high middle range upwards when he has to sing over the orchestra – or tries to do so. The voice has changed – one can hear that. It has become a bit darker and has stretched itself to sound fuller than it used to. The effortlessness in the high register, which he used to have, is gone though. The voice has become much shorter and carries well only when he sings out fully. Although it sounds a bit fuller, I would not say it has really gained in size. It still sounds TINY – compared to him Pavarotti, even Schipa sound like spintos. „Mi fa il destin mendico, perdo colei che adoro“ found him very strained, „Cercherò lontana terra“ had a good vocal line, but „e se fia che ad altro oggetto“ was badly forced and (as throughout the whole opera) he left out most top notes. „Com´è gentil“ und „Tornami a dir“ were the low points. Ernesto´s  serenade in the garden was turned into a cheap hubbub, sounding like a Buzzi-Peccia song. There´s little charm, hardly any blending oft he voices in „Tornami a dir“ (listen to Schipa and Dal Monte!!). The public applauded the serenade with great enthusiasm. All in all Florez was no more than ok, sometimes even good, but apart from straight forward singing and some forte/piano phrasing, there is hardly any colouring, dynamic nuance and zero versatility.

In an interview he speaks about how his voice has changed: “I have adapted my vocal technique which now allows me to sing Ernesto with even more ease (!) and effortlessness. I still want to be able to sing Donizetti, but also start to sing roles from the French repertoire, such as Roméo and Werther and Raoul („Les Huguénots“). These are the ideal roles for my voice right now, which has become darker in sound and warmer in colour.“ 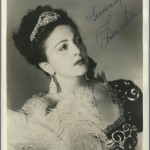 Last but not least let´s hear what director, Dominique Meyer, has to say on this occasion. He states, that for a repertoire-system to work well and have a good balance, you need „simple“ operas, pillars of the repertoire, as your daily bread. He plans to include „Don Pasquale“ as one of these pillars. „Simple or easy“ in terms of less elaborate and complex stage-setting and easy (!) to find casts, he goes on to explain, „for example: Tosca, Elisir, Barbiere and Salome.“ Is Don Pasquale an opera easy to cast? Here, you need more than a good tenor and a charismatic buffo like in „Elisir“. Norina is more demanding than Adina and for Pasquale and Malatesta you need really good buffos who know how to sing, otherwise this opera will not work properly. Are Norina or Rosina „easy roles“? And Salome?! Is an excellent Ernesto or Almaviva really this easy to find? One wonders.

Remember Zinka: „It´s easy if you sing it wrong.“… 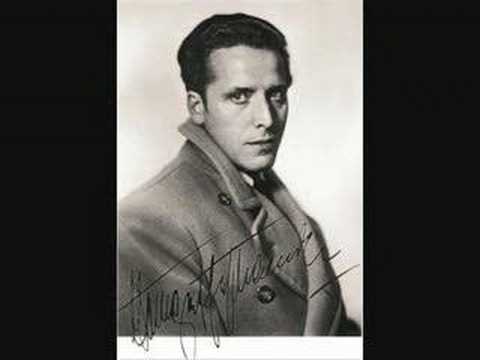 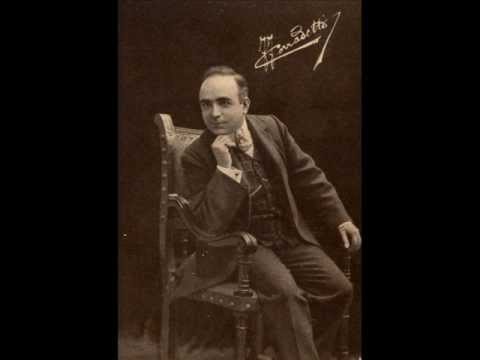 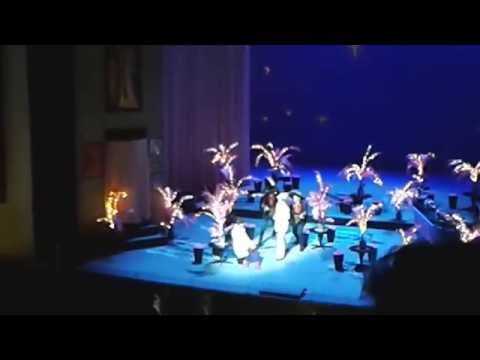 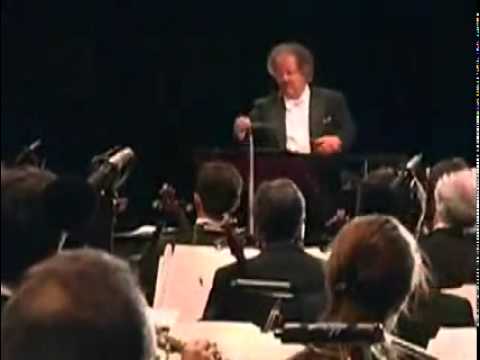 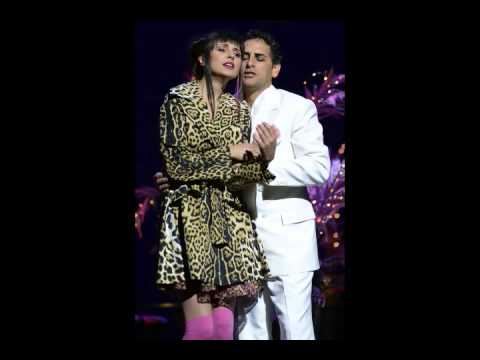 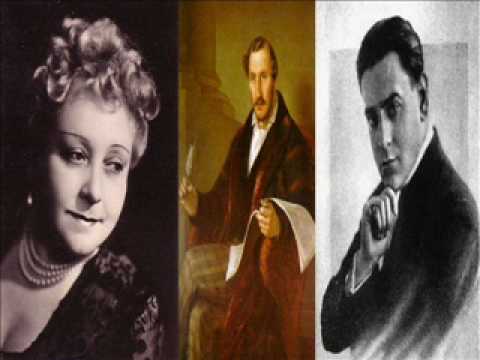