Jonas Kaufmann´s stage debut as Andrea Chénier took place at Covent Garden on January 20. His role debut as Radames is due on February 27 in a concert performance, which is planned as a recording. Then at the end of March/beginning of April in Salzburg two more debuts: Turiddu and Canio. Quite a schedule: FOUR new very demanding roles to learn within just roughly half a year…

I would say among these new roles and also taking into account Alvaro and Manrico, Chénier (second maybe Des Grieux) fits him by far the best. The role of Chénier might be „thankful“ and effective, but to get it right, it needs more than verve and vocal power. Kaufmann´s performance on the 20th was most of all monotonous. He rarely tried a mezza voce or a piano and when he did, it slipped right back in the throat like his failed attack on „o ooora soaaveee“ in the first love duet or in all of „Come un bel dì di maggio“. Chénier is a popular role among tenors: many singers have recorded and sung it on stage – some more on the lyric side, but intelligently nuanced and well thought out, many larger voiced ones mainly relying on their power and vocal fullness – and some with the right vocal material but inadequate as singers. There are many good, even excellent recordings of the „Improvviso“ throughout the decades. Of course, there are Gigli, Lauri Volpi, even Del Monaco (when he has a conductor, who puts a leash on him…), Tucker or a great Renato Zanelli. Which one to chose? When I heard Öhmann´s record some days ago, which I had not known before, it made me sit right up from the first notes on. And you think: yes, this is something new, this is it. Chénier´s first aria shows immediately the requirements of the role: softness, poetry, legato, verve, passion, excellent diction and imaginative phrasing to get the different moods in the aria across 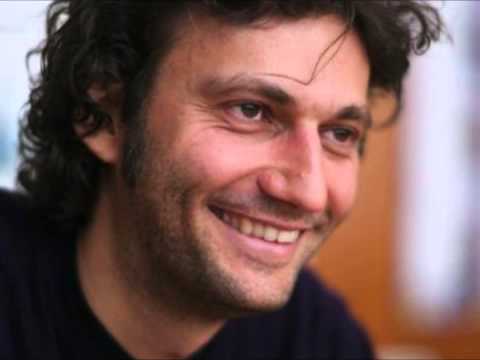 The aria really has three „parts“. The first lyric and poetic one until it erupts in „divinamente bella, o patria mia!“ Then from „varcai d´una chiesa la soglia“ until le „lagrime dei figli“ follows the dramatic account. The the last third returns to the initial tenderness and softness.
Kaufmann makes no differences. He just belts his way throughout the piece. Poor diction, monotonous mezzoforte, he uses the sledgehammer from the beginning to the end, which makes any nuance or increasing of the tension impossible. Problems of pitch here and there, especially at the beginning of the aria. On the whole, he is just sobbing and steamrolling through the aria. My ears hurt after listening to it twice in a row… 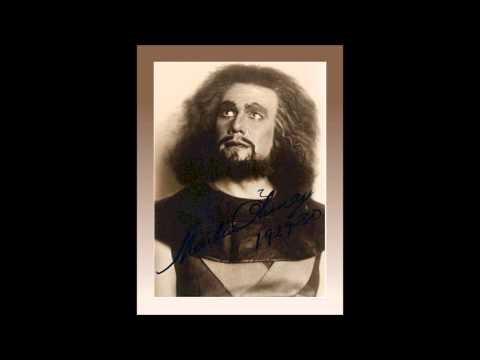 Fuller and more powerful voices than Öhmann´s have sung Chenier, but very few have his ability to produce a fine mezza voce. I hardly recall another version, which has left such an impact on upon first hearing and which carries so much atmosphere. Listen, how Öhmann sculptures the words, the phrases – the aria. Carefully weighing their meaning and their importance. The beginning until „di scrigno il firmamento“ and onward to „o patria mia“ is a masterpiece – perfect diction, varied singing: pure delight. How he gradually increases the tension by adding colours and accento instead of vocal weight. This really is a structured and intended and well though out interpretation, – Not just singing the notes as they come along and struggling with the tessitura – hoping it will work out… somehow. Öhmann has a remarkable sensivity and control of the voice. How he changes the mood with „e volli pien d´amore pregar“. As Chenier´s account gets more dramatic, he gets just a little tight in the upper middle range and cleverly makes it through „e contro agli uomini le lagrime dei figli.“ The last part „o giovinetta bella“ finds him at his best again. What an immediacy and impact this recording has. I hope, you enjoy it as much as I did and do. 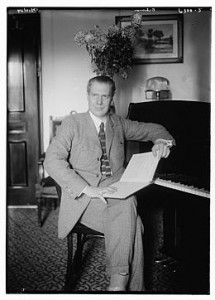 In 1907 he began his musical studies which included piano, organ and music theory at the Royal Conservatory in Stockholm. He eventually studied with Carl Gentzel at Stockholm, as well as with Oxilia and Quadri in Milan. his debut on stage took place at the Stora Theatre in Göteborg in Auber’s Fra Diavolo. From 1919-1941 he was engaged at the Royal Opera House of Stockholm. 1924 at the Met for a single season in the first American performance of Janacek’s Jenufa as Laca an das Samson. He signed a contract with the “Städtisches Opernhaus Berlin” and became one of the most popular singers in the ensemble until 1937. His repertoire included the more lyrical Wagnerian roles as well as the tenor roles in Don Carlos and Simon Boccanegra. He had his biggest successes as a Wagner singer and his appearances at the Zoppot Festival (Lohengrin 1926, Stolzing 1929, Siegmund and Stolzing1934) have to be counted as milestones in his career. London heard him in 1927 at Covent Garden as Tannhäuser and Stolzing. At the beginning of the Thirties he restricted his international career to Berlin and Stockholm. In 1934 he performed one last time at the Vienna State Opera and retired from stage in 1937. Until 1940 he remained active as a concert singer.  Oehman was also enormously popular as Sou-Chong in Lehár’s Das Land des Lächelns, a role he sang more than 700 times! ‚He later became a very sought after singing teacher. To his students belonged the great Finnish bass Martti Talvela and Nicolai Gedda.